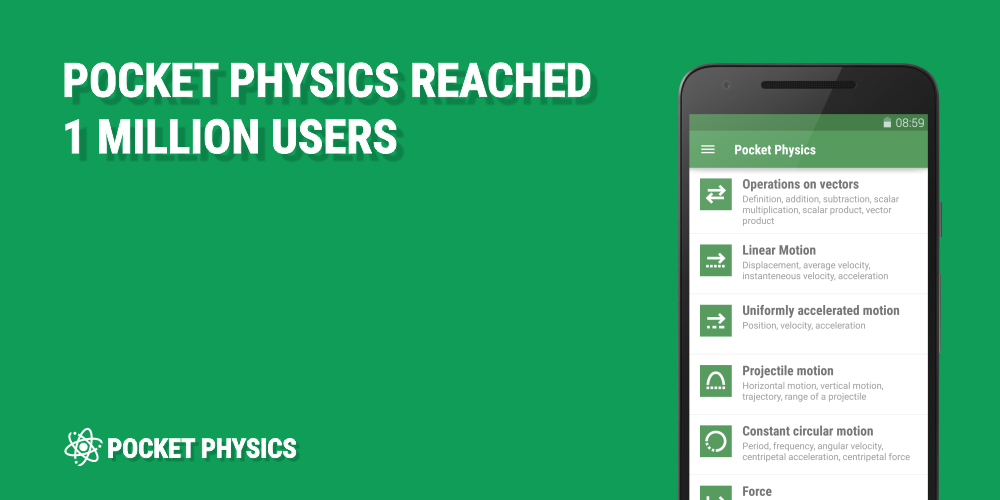 Pocket Physics, an easy-to-use, educational application that covers common physics formulas and concepts was released over 2 years ago. The very first version of the application contained solutions of simple tasks and physics problems. In the following versions we started to focus more on theory of physics grouped into chapters. Current version of Pocket Physics contains over 20 chapters in two languages, English and Polish. We are also working on the translation into Spanish.

We would like to thank all users for staying with us and using our applications.