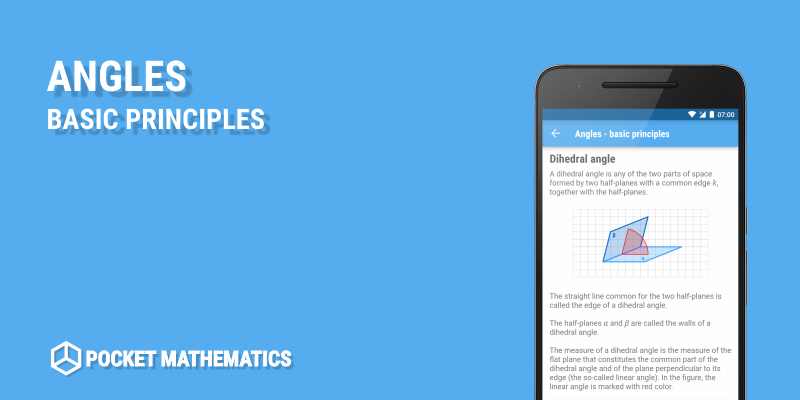 In planar geometry, an angle is the figure formed by two rays, called the sides of the angle, sharing a common endpoint. Angles formed by two rays lie in a plane, but this plane does not have to be a Euclidean plane. Angles are also formed by the intersection of two planes in Euclidean and other spaces.